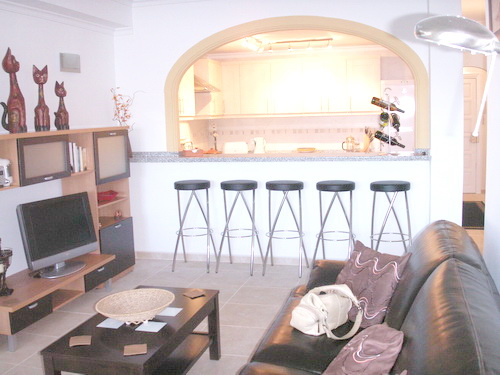 Recently I have been trying to make sense of property prices and valuations in Moraira and Javea.

There seems to be all sorts of data around with regard to valuations. The majority is not area specific relative to the Javea and Moraira properties for sale. Although we have seen, in some cases, a price reduction of around 20 – 30 % in advertised sales prices, it does not represent a true picture of the underlying value that was born during 2007 – 2009 financial crisis.

What the majority can afford will always dictate the underlying value of a property. It just takes a while for the reality to kick in. Many property owners out there simply don’t have to sell or can hang on to an unrealistic price until such a time when the majority of prices have been corrected. They then have to follow suit if they wish to sell. This process usually takes three years to bottom out to a realistic level. Some properties are priced to sell but the majority for sale still doesn’t reflect reality.

The properties that seem to sell are being substantially reduced when it comes to the actual deal done. Most never get to know how low the actual sales price was relative to the asking price. Many offers are refused but the ones that are selling are deals based upon a more realistic price level to start with. So how do you get a realistic valuation?

The process of valuation is arrived at by various means but rest assured, it’s always way behind the market when it comes to the reality of reductions! Most vendors already seem to know how much their villa is worth. They arrive at this in the usual way and this is based upon other advertised prices and what they think properties have been sold at next door or down the road over the past few months. Then by making adjustments for what they paid for their property and how much money they have spent on it, plus adding some on to negotiate with and “oh, the exchange rate is not in my favour” etc.

The other way is to ask an estate agent to come around to value the property. Estate agents are aware of the market conditions and will use slightly revised figures per square meter that reflect this but will still hold out in hope that the market will improve or will not be as affected like other areas. Historically there is a lot of truth in this as far as Javea and Moraira go. These desirable areas have been able to ride the storm far more than other areas, but of late there seem to be many people having no alternative other than to sell at low prices. In my opinion this time next year will see the low priced deals done today being the advertised sales price next year. So the initial figures estate agents arrive at will be similar to what the banks come up with to lend new money.The only difference is that estate agents are more at liberty to be a little bit more creative with the rest, usually increasing the valuation to please the vendor subject to how desperate they are to sell.

The truth is there is no rock solid formula and the formulas that exist in my opinion, do not reflect the true underlying value of a property or basically what the majority can now afford. Even the official figures are lagging behind what’s happening on the ground and what’s actually happening on the ground is lagging behind the financial crisis born during 2007 and it’s not over. It may take another year before we see some realistic prices being advertised, maybe even longer.

Estate agents talk amongst themselves and know, even if they are not selling much them selves, some of the properties being sold and at what price some are exchanging hands for. Many can’t believe the deals that are being done and it would insult many vendors out there wishing to sell if they knew. Consequently it’s easier to live in the past and avoid the confrontation when asked to put a value on a property! They allow the market to take its natural course.

Another way, though at cost, to value your property is to pay a bank to do it and allow them to be as clinical as possible. Don’t sell it to them! After all these guys will probably be financing the 70% mortgage to someone, somewhere down the line. Its inevitable banks will have their say because most buyers require some form of funding or at the very least an official valuation, so you might as well know how banks are going to look upon the value of your property before hand. At least you can waive an official bank valuation in front of them regardless.

Recently I thought I would compile 200 villa properties in Javea, taken at random from various websites. I made sure that the prices were reduced prices and that the properties had a similar build 150 – 175 and plot size of 850 – 1200. Then I totaled up the build size and divided it by 200, likewise with the advertised prices. Then I divided the average price by the average build and came to an average figure of 2,300 euros per M2.
I compared this 2,300 M2 figure with some recent bank valuations and arrived at a figure that was almost the same. Today I have spoken to a property valuation expert that does valuations for the banks. Banks use various registered organizations that specialize in such activities whom follow the guidelines laid out by central government.

One such organization is Tinsa and a report by them echoes my sentiment on this subject matter even though there info is dated relative to what’s happening on the ground.

Tinsa, a Spanish property valuation company used by several high street banks, has signaled that advertised house prices will drop a further 20% over 2009. In the same report, they have calculated the drop in 2008 as being 10.1%
If this figure is correct, Tinsa say that this will bring house prices back to their advertised levels in 2005. The monthly drop may be between 1 and 1.4%.
This is not news to many agents down here on the ground, who have seen price reductions of between 20 – 40% in the resale market. The official figures often lag behind the reality of business day to day.
A 10% drop in price does not really attract attention among the bargain hunters looking to purchase a Spanish home at a drastically reduced price. It is only those properties that have reduced to 2005 prices that are actually selling.

It may well take time for certain vendors and developers to catch up with the pricing downturn. It is only those that need to sell for personal or financial reasons that are pricing their properties realistically or accepting very low offers.

This translates into only a small percentage of properties available at ‘distressed’ prices. However, they are the only properties that are selling and selling quickly.

As there seems to be no accurate formula for property valuations, I asked how they establish a value on a given property. It was a little vague but here we go…..

Firstly, they have a valuation guide by province and this is broken down to some degree by area. The problem is that there are huge fluctuations from province to province and town to town. The system depends greatly upon each individual valuation officer having knowledge of a given area and the prices these areas are able to attract. For example a like for like property in the south of Alicante would be significantly less in price than say the north of Alicante in areas like Moraira and Javea.

The bulk of the valuation is based on the amount of actual living accommodation, excluding garages, terraces and undeveloped under builds. The plot is usually included in the price/calculation, unless it’s a double plot. The pool also tends to be included. Then adjustments are taken into account relative to the overall condition of the building, gardens, views and area. So it’s part science part art. One thing for certain is that properties with greater living accommodation have always valued up very well, where as smaller accommodation will not calculate favorably and therefore will be more difficult to sell especially if the buyer requires finance.

Some of the recent bargains I have come across are larger properties of 280 and 290 M2 build. As far as bank valuations go, they value up well and one was recently valued at 670k two months ago. But the prices they are being sold at are way below a bank valuation. The figures work out at 1,300 – 1,400 per M2!!
The reason for this is because that market for older properties that were once worth 600 – 750k has virtually gone, and what’s left of that market sector can buy something that was once worth 1.2million!

So to get back to property values in a real world, many of the once 600k – 750k properties are selling at around the 400k mark, some above and some below. This is mainly due to the fact that lending has become difficult and people have less value in their currency. Spain used to be cheap!

It all sounds like doom and gloom, but let’s not hide away from what is actually happening here on the ground. You might as well know because if you have a villa that you need to sell and it’s not too dissimilar to the many out there and amongst hundreds of others for sale within a given price band that 90% of the market can not even afford, through no fault of their own, how are you going to sell your villa?

If 90% of all buyers can only raise 300k – 400k at best, plus the additional 10% cost and you happen to have a villa that you think is worth 700k or 800k, think again!
Where is your market? Who are you selling to? The few buyers around with this higher budget can find amazing villa bargains that seem unreal and unfair but they indeed exist.
If one day the advertised prices are within the grasp of the many and sterling recovers to 1.45 against the euro, you may stand a better chance of finding a buyer. Either way, you will lose out on both the reduction in price and probably on the exchange rate if you need sterling!

One thing for certain is that resale properties represent amazing value for money. And are far less expensive than new build. You would be lucky to find a decent plot for less than 225k and anything with a sea view is at least 350k for a 1000M2 plot. With the cost of architects, building permissions and modern day materials and labour you don’t get much change out of 600k and that’s for something basic. Consequently, the future of new build looks grim and only prime and very expensive plot locations seem to be being built on for a more discerning customer.