When it comes to the world famous "Jamón Ibérico de Bellota”, suddenly even non-foodies start sniffing its exquisite aroma, cherishing its beautiful marbling and letting it gently melt on their tongue… What an experience and what a pleasure!! So no, not all cold cuts are the same.

The ham is actually that rooted into Spanish culture, that even vegetarians might occasionally give into one slice or another. And difficult it is to avoid in our cuisine, since it adds so much flavour to any dish you might think of: on top of an fried egg and potato, with some fresh artichokes or porra soup. Delicious!

But the best way to discover and enjoy all of its unique und highly appreciated features, is to simply eat it without anything- no bread, no nothing. Paired with a good wine, of course.

So that’s why we want to show you in this "Ultimate Iberian Ham Guide” what is important to know about our ham and what you need to look for to get the real deal.

The first thing to bear in mind is that iberico ham is not serrano ham. Apart from the obvious difference in price, the former is a unique breed from the iberian peninsula while the latter can be non-Iberico pig breed.  The guys from jamonprive have a good article  explaining the main differences. Check  out this great serrano ham they sell if you’re interested in buying one. 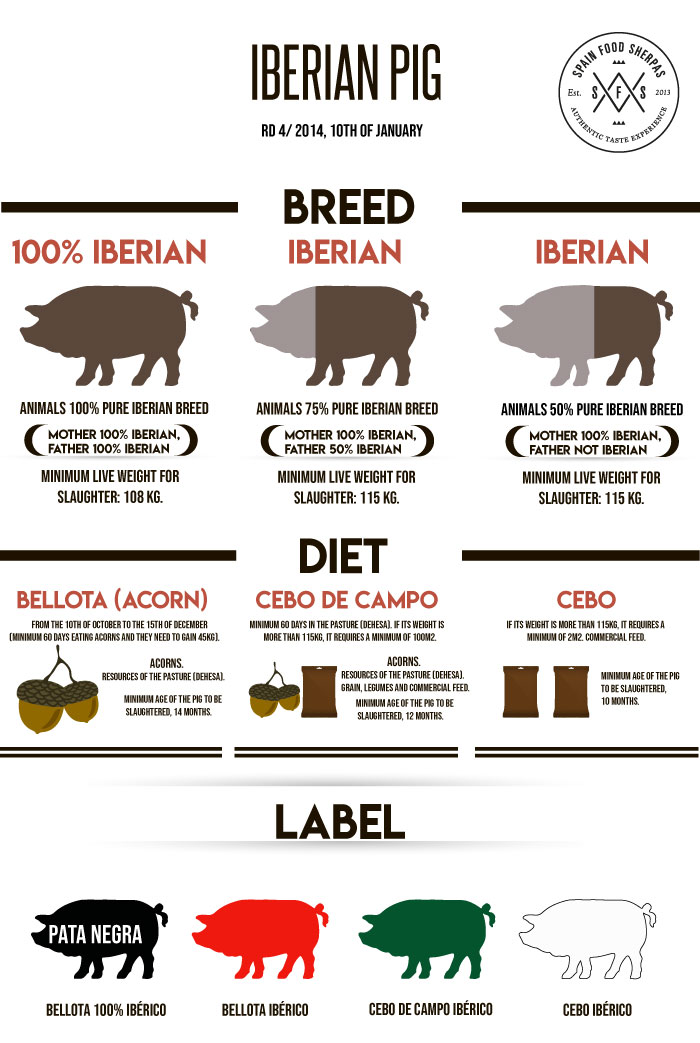 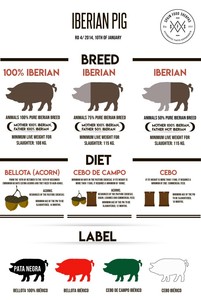 When selecting a ham, there are two main aspects you need to take into account: the breed and the diet.

The breed our prized ham comes from is the "ibérico” (Iberian) pork. It’s a black pig that is a mix between our wild boar and the pigs the Phoenicians brought to the peninsula thousands of years ago. Nevertheless, concerning the ham, the percentage of this breed can vary: so you can find 100% Iberian hams (both parents were Iberian; pure-bred), but as well 75% or 50% when they were crossed with other pigs like the Duroc. 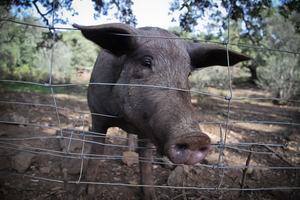 The diet on the other side can be divided into three groups:

•Cebo de Campo (some acorns, resources of the pasture, grain and feed)

The bellota ham is of the highest quality, since the pigs roam in pasture and oak groves ("dehesa”) to feed naturally on acorns, grass, herbs and aromatic plants, until the slaughtering time approaches.

At that point, the diet may be strictly limited to acorns, the pig’s delicacy par excellence and key to its flavour: healthy and natural food for the pig, which adds sweetness to its meat; and the exercise of looking for those acorns, moving around the "dehesa”, creating like this its beautiful marbling.

In case that explanation is too confusing, in 2014 an official labelling system by colour (RD 4/2014, 10th of January) was implemented that helps you to spot right away if the ham is Iberian or not, up to which percentage and the kind of food it received. It’s the following:

•Green, at least 50% Iberian, "cebo de campo” (resources of the pasture and some acorns). 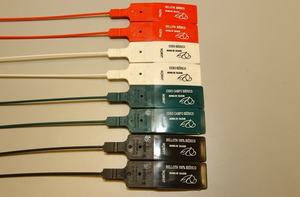 The elaboration of the ham itself is quite simple: all you need is salt, air and time, controlling well the temperature and humidity throughout the process. The curing of the ham then takes at least 14 months, although some producers cure them for up to 36 months. These jamones are much darker, richer and almost linger on your palate afterwards.

But apart from its incredible taste, we haven’t told you yet the best news: the Iberian ham is actually good for your health! It is rich in proteins, calcium and phosphorus, containing as well Vitamin B1 and B2 and iron. But above all, the acorn fed pigs have a higher proportion of monounsaturated fatty acids which actually help to reduce cholesterol! ¡Salud to that!

And since we cannot top this news, we would just like to give you some last recommendations:

1.The iberico, acorn fed ham-signs of quality and exquisiteness are the intramuscular fat and small white dots. They are just the consequence of a natural curing process, traditional and artisanal. Because that is a fact, iberico hams are much fattier than serrano hams, but this is where the power and flavour comes from. So, if you buy an iberico ham don’t be scared if you see an outer layer of fat under the skin, before getting to the meat.

2.Use the right tools. A long flexible knife for cutting thin slices of ham and a good ham holder to hold the ham securely while you cutting. 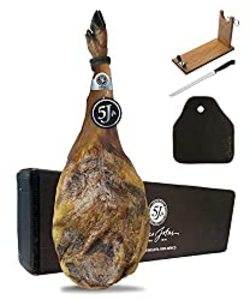 3.There’s a big difference between the back leg of the pig (what we call Jamón ibérico) and the shoulder (known as paleta ibérica). First of all, the back leg or ham is larger and weighs normally between 7 and 8,5 kg while the shoulder weighs 4-5,5 kg. The ham has less intermuscular fat, that’s why many choose a paleta over a jamón. The ham is less boney and has more meat. Also, the curing process is longer due to its larger size and therefore, the price is higher. 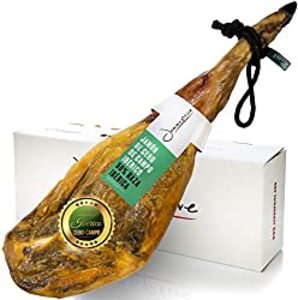 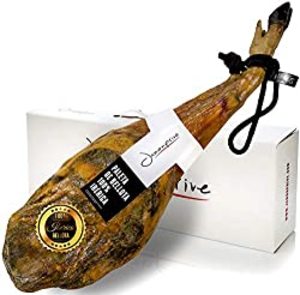 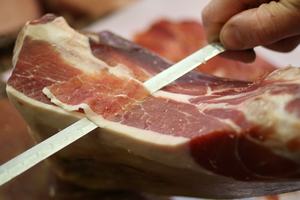 There is just left to say that it is a very special product, behind which stand many families, lots of time, care and hard work – from raising the pigs in liberty, letting them live and eat as natural as possible, to the person who finally cuts the finished product with lots of love and dedication.

So when you enjoy it, take your time as well. Celebrate it. It’s definitely worth it.

If you’re in Malaga, join our Taste of Malaga Tapas Tour that includes at one of the stops (a specialty store) an Iberian ham tasting, where you will learn how to distinguish 3 different types of "Jamón”, including the acorn fed Iberian ham. 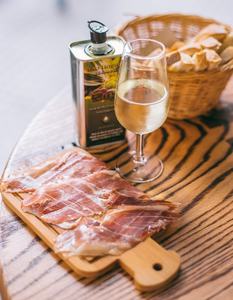 Ham Tasting on the Taste of Malaga Tapa