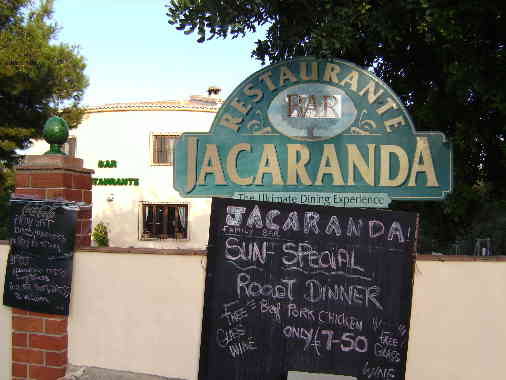 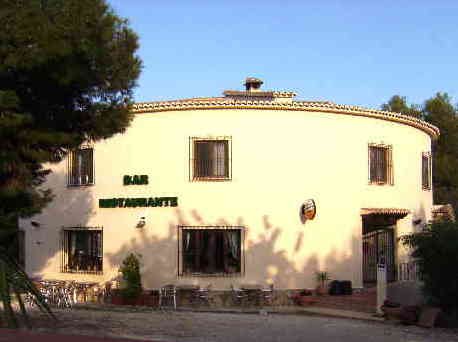 This restaurant has now reopened and is under new management. It is situated in the Camino Viejo del Portet, Moraira, and can be reached by driving up the road to the right of Mas y Mas which is on the right hand side as you leave Moraira in the direction of Benitachell. The restaurant is at the top of the road.
On Wednesdays and Thursdays a three course menu del dia is served for €10 and the other days the menu is a-la-carte. There are steaks, home made lasagne, pies, and lots more. Childrens menus are also served. On Sundays between 12.0 asnd 4.0 p.m. there are roast lunches for €7.50.