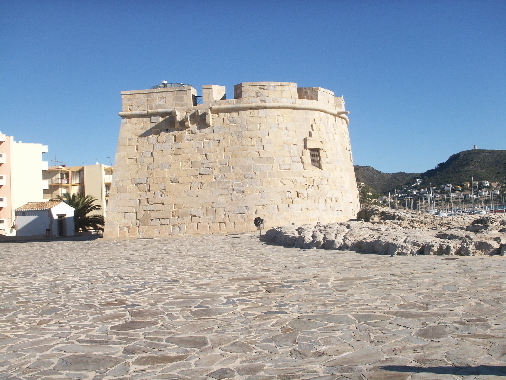 Until the beginning of the 19th century the Mediterranean Sea was renowned for piracy. The Berber pirates, also known as Ottoman corsairs, were pirates who, from North Africa, Tunisia, Tripoli, Algiers and the Port of Morocco, attacked shipping for their own profit.
The coast was extremely difficult to defend due to the gentle climate, and the many coves, islands and caves which provided excellent hiding places for the pirate ships.

Any attack on the coastal towns and villages could change the life of their inhabitants and turn anyone into a captive, with an unknown future for them.

The pirates would also take people hostage and this was very important for receiving ransoms for their release. The Berber pirates captured thousands of Christians, who were sold on slave markets in places such as Algeria and Morocco.

These slaves were women, childrern, young or old from the coastal villages, who had to survive in a world of cruelty.

In the 18th century there were also Christian corsairs, merchant sailors with a government Corsair licence in search of enemy ships they might capture. A famous Captain Antonio Barcelo fought against pirate ships on our coast and was promoted to General of the Navy in 1748, before the construction of the Moraira Castle which was built for defence and surveillance purposes.

The castle dominates the beach of El’Ampolla and was much needed to defend the coastline.

The walls are 10 meters high and are made of masonry work covered by stone ashlars, which were more resistant to artillery than the mortar previously used to build defence towers. The coastguard who defended the castle was stationed in Teulada on the Costa Blanca and was responsible, as well, for the surveillance at the Tower of El Cap d’Or and along the entire coast. You can see the castle today and it is in a very good preserved state. Info supplied by Teulada tourist info centre.