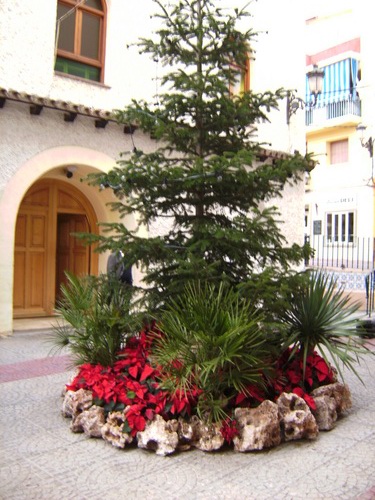 During the month of December there will be special dinners at Benidorm Palace.
The menu consists of pates with toast, cream of fresh vegetable soup, a crown of fresh and smoked salmon with lemon sauce, fillet steak, chef´s special desert and Christmas confectionary. Also included are white, rosé and red wines and champagne.

On Christmas Day there will be a special dinner. This consists of salmon with cheese and herbs, cream soup with almonds, special salad, sorbet of mango and pineapple, fillet steak with golden potatoes and vegetables, Christmas pudding, a bottle of wine between two of either white, rosé or red, champagne and Christmas confectionary.

On Boxing Day there will be a special dinner.

This consists of Salad with three cheeses, cream of leek soup with ham, salmon delights with watercress and mango vinaigrette, apple sorbet, fillet steak in port sauce with roast potatoes, Christmas log with custard, Christmas delights, a bottle of wine for two, white, rosé or red.

There is a grand dinner and gala for New Year´s Eve.

The price including show is €160

For any further information and reservations telephone 96 585 16 60